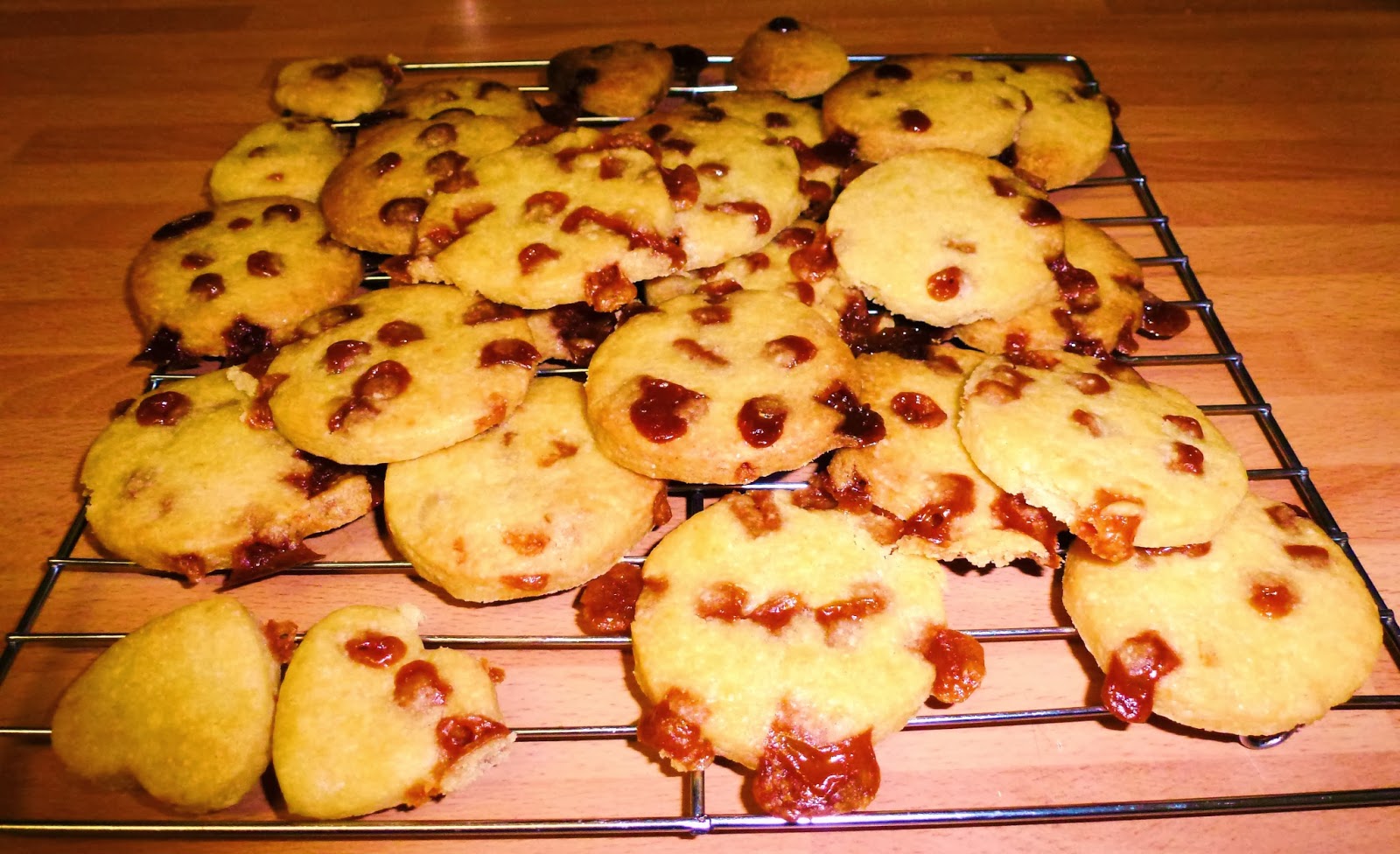 Okay, so tomorrow's goodies for work are Shortbread fudge cookies.  Why?  Because they're quick and simple.

Ingredients:
6oz plain flour
2oz sugar (supposed to be caster sugar, I have granulated in the cupboard so it'll do)
4oz butter (I use baking block as I'm tight)
Pack of fudge pieces (The one I used was 85grams from tesco's baking section)

Steps:
As you can see, forget about the fudge pieces, they taste awesome, but don't look pretty, and if you eat a cookie too quickly, they act like Napalm.

Why do I always add stuff to cookies?  Because it makes them delicious.  Now I'm going to watch today's Babylon 5 on Watch on catchup (Season 3 is amazing, if you haven't seen this show do.  Buy it on DVD, it's cheap and watch it.  Season 1 is so so, Season 2 is better and season 3 and 4 are amazing.  Season 5 is so so again as they were expecting it to be cancelled and then it was reprieved).

Let me know if anyone else wants cookies.
Posted by Unknown at 13:07

Email ThisBlogThis!Share to TwitterShare to FacebookShare to Pinterest
Labels: Baking